Livepeer is building the world's open video infrastructure. At its core, Livepeer is a set of protocols that gives rise to a decentralised computation marketplace for video transcoding. It’s implemented as a set of smart contracts that run on the layer-2 Ethereum network and allows anyone with spare capacity to participate. Thus, dramatically driving down the cost of video transcoding. The Livepeer video software suite includes a full featured open source media server called MistServer. It has a deep integration with Livepeer, allowing a single instance to serve hundreds of concurrently transcoded live streams by delegating the transcoding operation to the Livepeer network. This presentation is designed to share Livepeer’s open and decentralised video technology mission, supported by recent network growth and its acquisition milestones. 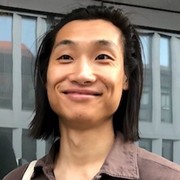