Foreign Content's Ascent Around the World


In the fall of 2021, the hottest title in the world was Korea's Squid Game. American audiences (and the rest of the world) went wild for the dystopian drama from Netflix. This success was not a one-off nor an unexpected. Foreign content has been increasing in popularity for a long time. Japanese Anime has been succeeding in America since the 60s, and in fact, "Attack on Titan" became the world's most-in-demand title of 2021, replacing 2019 and 2020's winner "Game of Thrones". Find out the roots of foreign content's success and why changing demographics in the United States will make this "newfound" popularity sticky. Additionally, will discuss the next trend on the horizon, transnational distribution and whether Hollywood will capitalize on this or be disintermediated. It's all up for grabs in the web 3.0 world. 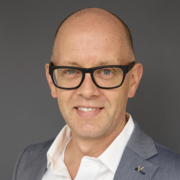