Remote Collaboration: The Making of Everything Everywhere All At Once


Making a feature film is daunting under the best of circumstances. But factor in the pandemic, lockdown and a far-flung roster of filmmaking talent, and it can seem almost impossible.  Meet a key player behind the new film Everything Everywhere All At Once, a hilarious and big-hearted sci-fi action adventure about an exhausted Chinese-American woman who is swept up in an insane adventure where she alone can save the world. Hear from Paul Rogers, editor, as he shares how they created the film through cloud-based collaboration and shared technology, including Adobe Premiere Pro and Frame.io. To borrow a line from the film: “The universe is so much bigger than you realize;” the making of Everything Everywhere All At Once proves that sentiment to be true with its filmmaking teams and talent collaborating around the world. 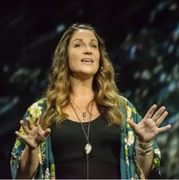