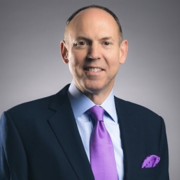 Mr. Kirchner is our Chief Executive Officer and also serves on our board of directors. Previously he was CEO of Xperi Corporation beginning in June 2017. Prior to that Mr. Kirchner was President of Xperi Corporation following the completion of the acquisition of DTS in December 2016. At DTS he was appointed Chairman of the Board of Directors in 2010 and served as the company's Chief Executive Officer beginning 2001. Mr. Kirchner led DTS through a period of significant success, growing it from a small startup, to a global industry leader generating over $190 million in licensing revenue. Prior to joining DTS he worked for the consulting and audit groups at Price Waterhouse LLP (now PricewaterhouseCoopers LLP). During his tenure at Price Waterhouse LLP, he advised clients on a range of strategy, finance, operations and valuation issues. In 2012, Mr. Kirchner received the Ernst & Young Technology Entrepreneur of the Year Award for Greater Los Angeles and in 2011, he was honored by the Producers Guild of America, receiving the “Digital 25: Leaders in Emerging Entertainment” award for being among the visionaries that have made significant contributions to the advancement of digital entertainment and storytelling.