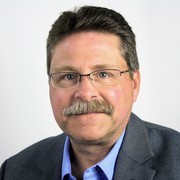 John has been with Dielectric 35 years and is currently the Vice President of Engineering. After receiving his BS in Electrical Engineering from Penn State University, he began working for Dielectric Communications in New Jersey, formerly the RCA Antenna Division.  He then obtained his Master’s Degree in Electrical Engineering from Drexel University. His research and development achievements have been focused on unique TV, MobileMedia, FM, Cellular, Wireless and many other special bi-directional and broadcast antenna designs.

John has 44 issued and multiple pending patents.  In 2005, he was awarded the distinction of joining the ranks as one of SPX’s Master Inventors. He is also the author of the VHF and UHF Television Antenna Test Range Measurements chapter in the NAB 11th edition Handbook.