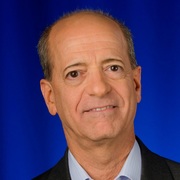 Skip Pizzi is Owner and Principal at Skip Pizzi Media Consultant LLC, a media technology consulting firm based in the Philadelphia, PA area. Skip’s career has spanned the radio, television and digital media industries, with 13 years at NPR, 11 years at Microsoft and most recently 10 years at the National Association of Broadcasters (NAB), where he served as Vice President, Technology Education and Outreach. He has also been a featured columnist for numerous industry publications, and spent 7 years as an editor at Broadcast Engineering magazine.

Skip has authored, co-authored or edited several books, most recently A Broadcast Engineering Tutorial for Non-Engineers, 4th edition, and the NAB Engineering Handbook, 11th edition, both published by Focal Press/Routledge.

He chairs the Advanced Television Standards Committee’s (ATSC) Brazil Implementation Team (IT-4), which is working with Brazilian broadcasters and technologists to select that country’s next-generation television standard. He is also Vice-Chair of Technology Group 3 (TG3), which developed the ATSC 3.0 standard, and was the 2017 recipient of ATSC’s Bernard J. Lechner Outstanding Contributor Award, the organization’s highest technical honor. Among his other honors are the Audio Engineering Society Board of Governors Award and the Public Radio Regional Organizations’ PRRO Award.

Skip currently represents LG Electronics/Zenith and Fraunhofer USA in various media standards development organizations, and serves as a senior advisor to the Public Media Venture Group. He is project manager for the NextGen TV transition of WNET, New York, NY—the first station to convert to the technology in the largest U.S. media market. He is also a consultant to NAB, where he manages the organization’s annual Broadcast Engineering and Information Technology (“BEIT”) Conference and the Futures Park innovation pavilion at the annual NAB Show.

Skip holds a B.A. in Fine Arts from Georgetown University, with additional coursework in International Economics and Electrical Engineering there, along with studies in Electronic Music Composition at Catholic University, Washington, DC, and Music Recording at Eastman School of Music, Rochester, NY.