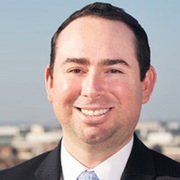 Shawn Donilon is the executive vice president of Government Relations at NAB, overseeing the organization's advocacy efforts on Capitol Hill and at the White House. Donilon joined NAB's advocacy team in March 2013 and has been integrally involved in developing and executing NAB's strategy in a host of legislative fights during his tenure. These include passage of the STELAR bill, congressional opposition to a performance tax and Congress's appropriation of $1 billion to fully reimburse broadcasters impacted by the spectrum repack.

Donilon previously served as legislative director and counsel to Rep. Charles F. Bass (NH-02), a member of the House Committee on Energy and Commerce, advising the Congressman on all issues, including TV incentive auction legislation and other media and technology issues. Prior to joining Rep. Bass's staff, he consulted on a major media transaction reviewed by the Federal Communications Commission.

Donilon holds an undergraduate degree in Economics from Duke University and a J.D. from the University of Southern California.