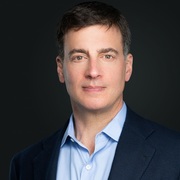 David Field is the Chairman, President and Chief Executive Officer of Audacy. Audacy is a scaled, multi-platform audio content and entertainment company with a leadership position in virtually every segment of the dynamic and growing audio business—including broadcasting, podcasting, digital, network, live events, music, sports and news. Audacy is also the #1 creator of original, premium audio content, engaging over 170 million consumers each month.

Field has served as Audacy’s (then Entercom) CEO since 2002 and its President since 1998. Under his leadership, the company has evolved from 15 stations with $35 million in revenues to a multiplatform audio business with $1.5 billion in revenues, over 230 broadcast stations across 47 markets, one of the nation’s three largest podcast publishers, and a rapidly growing, integrated digital platform for consumers to discover and connect live and on-demand with the thousands of broadcast stations, top podcasts and a wide range of exclusive digital audio programming.

Prior to joining Audacy, Field was an investment banker at Goldman Sachs & Co. in New York.

In addition to chairing the Audacy board, Field serves on the boards of the National Association of Broadcasters (NAB), the National Constitution Center and The Wilderness Society. He is a former chairman of the NAB Radio Board and a former trustee of the Philadelphia Zoo and the Ad Council.

Field has received numerous civic and professional awards, including the National Association of Broadcasters’ National Radio Award in 2017. He is a three-time recipient of Institutional Investor Magazine’s “Best CEOs in America” and a two-time recipient of Radio Ink Magazine’s Radio Executive of the Year Award. In 2017, he was honored as a “Giant in Broadcasting” by the International Radio & Television Society. Field was named to Billboard’s “Power 100” list in 2018, 2019 and 2020.

Field earned a Bachelor of Arts degree in economics from Amherst College and a Master of Business Administration degree from the Wharton School at the University of Pennsylvania.