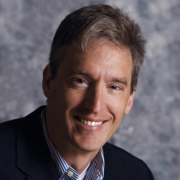 Author & Tenured Professor of Economics at Freakonomics & University of Chicago

When mild-mannered economist Steven D. Levitt published a paper linking a rise in abortion to a drop in crime, it set off a firestorm of controversy and had both the conservatives and liberals up in arms. But Levitt has no political agenda and is the last person to be called a moralist. He is a brilliant but uncomplicated man who uses simple questions to reach startling conclusions. The Wall Street Journal has said “If Indiana Jones were an economist, he'd be Steven Levitt,” he has shown other economists just how well their tools can make sense of the real world.

Steven Levitt is a tenured professor in the University of Chicago's economics department (he received tenure after only two years) and was the 2003 recipient of the American Economic Association’s prestigious John Bates Clark Medal, given to the country's best economist under 40.

When Stephen Dubner (co-author of Freakonomics, SuperFreakonomics, Think Like A Freak and When To Rob a Bank) profiled Levitt in The New York Times Magazine, he was beset by questions, queries, riddles and requests—from General Motors and the New York Yankees and U.S. senators but also from prisoners and parents and a man who sold bagels. A former Tour de France champion called him to ask his help in proving that the current Tour is rife with doping; the CIA wanted to know how Levitt might use data to catch terrorists.

Originally published in the U.S. in 2005, Freakonomics instantly became a cultural phenomenon. Hailed by critics and readers alike, it went on to spend more than eight years on The New York Times bestseller list, having sold more than seven million copies around the world, in more than 40 countries. Levitt and Dubner have appeared widely on television and maintain the popular Freakonomics blog, which can be found on The New York Times website. Through forceful storytelling and wry insight, Levitt shows how economics is, at root, the study of incentives— that is, how people get what they want, or need, especially when other people want or need the same thing. Freakonomics showed that the modern world, despite a great deal of complexity and downright deceit, is not impenetrable, is not unknowable, and—if the right questions are asked—is even more intriguing than we think. All it takes is a new way of looking.

A book that was even bolder, funnier, and more surprising than the first, SuperFreakonomics retained that off-kilter sensibility (comparing, for instance, the relative dangers of driving while drunk versus walking while drunk) but also tackled a host of issues at the very center of modern society: terrorism, global warming, altruism, and more. Released in October 2010, the illustrated edition of SuperFreakonomics employed photographs, drawings, and graphs that led readers to see the world in a bold, fresh way.

Steven Levitt has an enormous curiosity and is set on course by personal experiences and the incongruities he sees in everyday life. He is an intuitionist. He sifts through a pile of data to find a story that no one else has found and devises ways to measure an effect that veteran economists have declared un-measurable.