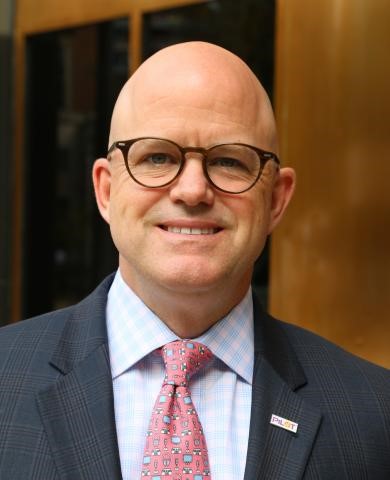 CTO and EVP, Technology at National Association of Broadcasters

Sam Matheny is Executive Vice President and Chief Technology Officer at the National Association of Broadcasters. With over 25 years of experience in the broadcast and data networking industries, including earning a patent for inventing mobile and interactive DTV technologies, Matheny leads NAB’s Technology team in its efforts to promote innovation and propel broadcast technology into the future. He also provides overall leadership for PILOT as well as NAB’s TV, Radio, Digital Officer and Cybersecurity Committees.

Matheny is a member of the Academy of Digital Television Pioneers, serves on the board of the Ultra HD Forum, the board of governors for the National Wireless Safety Alliance, the board of visitors for East Carolina University, is an executive in residence with Progress Partners and is a visiting fellow with the German Marshall Fund, where he co-chairs the Future of Democracy Working Group. He has served as an advisor to numerous startup and technology companies and is currently engaged with Reveal Mobile, a location-based advertising technology company, and Haystack TV, a personalized OTT headline news channel. He has previously served on the FCC Communications Security, Reliability and Interoperability Council (CSRIC), the Federal Emergency Management Agency’s (FEMA) Integrated Public Alert Warning System Network Advisory Council (IPAWS NAC) and the board of directors for the Advanced Television Systems Committee (ATSC) where he was chairman of the specialist group on the next generation of digital television.

Matheny holds a B.S. in Communications from East Carolina University, an M.S. in Technology Management from North Carolina State University and a certificate for artificial intelligence and business strategy from the Massachusetts Institute of Technology. In 2007, he was named an American Marshall Memorial Fellow.