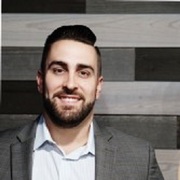 Jason Ornellas was awarded the 2020-2021 “Excellence in Engineering” by Radio World for numerous facility builds and helping push the industry forward. He has been involved in broadcast engineering since 2007, first as a staff engineer, to a Chief Engineer, Director of Engineering and now a Regional Director of Engineering for Bonneville International West Coast Region. He has worked in both mid and major markets. He has since managed technical operations, system designs, building integration, eight figure budgets, constructed facilities for CBS Sports Radio (Jim Rome), Bonneville Bay Area and various transmitter site facilities. He is a member of the NAB Radio Tech Committee, chair of the PPM Subgroup committee of Next Gen Radio Architecture, NAB Broadcasting & IT Conference Committee member for the 2020 - 2022 NAB Show. He's a regular contributor to radio engineering publications and continuously presents at AES conferences.

He is currently serving his 1st term as a member of the executive office for Society of Broadcast Engineers board as Treasurer. Jason has been an SBE member since 2008. During that time, he has served as director on the National Board of Directors twice as well as serving on several national committees. He also has held officer positions in various local chapters in NYC & Sacramento. In addition, he is certified by the Society of Broadcast Engineers as a Certified Broadcast Radio Engineer (CBRE). He is also a member of the Audio Engineering Society.