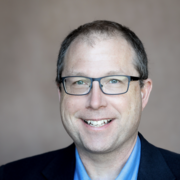 Mike Fischer has over twenty-five years of experience as an executive leader in digital content and interactive entertainment in Asia, Europe and the US. Starting at the Tokyo HQ of Sega right before the launch of the company’s Genesis console, Mike was part of the legendary Sega vs. Nintendo console wars. Later in the US, Mike led US marketing for Sony’s 2nd party publishing partner, Namco before being called back to lead Sega of America’s marketing team as the company made the switch from hardware platform company to software publisher. Mike went on to lead the Xbox marketing organizations in Japan and the US and managed the launch of the Xbox 360 before taking on the position of Consumer & Online Marketing Officer for Microsoft UK.

As CEO of Square Enix America, Mike led the transition of the company’s organization after the acquisition of Eidos Interactive, publishing both Japanese (Final Fantasy, Kingdom Hearts) and western (Tomb Raider, Hitman) franchises. As Amazon’s vice president of digital video and music in Japan, he brought Amazon’s OTT business to it’s first Asian market with the introduction of Amazon Instant Video. While head of publishing at Epic Games, the company grew from developer to publisher with the launch of Fortnite – now the most popular video game in the world.

Mike is currently an angel investor and corporate advisor, and a member of the faculty at the University of Southern California. He is an accomplished speaker, a passionate gamer, and a consummate marketing strategist. Mike has a BS in economics from California Polytech State University in San Luis Obispo. He is fluent in Japanese and lives in Southern California with his wife.