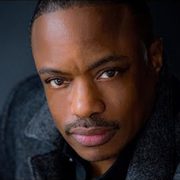 CEO / Editor-in-Chief, This Week In Photo (TWiP) at This Week In Photo (TWiP)
Frederick has been a professional photographer since 1989, and he is also a passionate entrepreneur and marketer.
He is the host and Editor-in-Chief of “This Week in Photo aka TWiP”, one of the world’s most popular photography podcasts, and also the founder of TWiP PRO, a highly engaged and exclusive community of photographers. Frederick began his career as a Combat Photojournalist in the United States Air Force, where he served for 8 years and was decorated multiple times for his work in the field. Frederick’s squadron at Vandenberg Air Force Base was among the first in the armed forces to receive and put into daily action DSLR camera equipment. As a result, Frederick was awarded the prestigious Air Force Commendation medal for his key role in facilitating the USAF’s transition from film-based photography to digital.
After the military, Frederick went on to study visual communication and marketing at the University of California in Santa Barbara, California, ultimately becoming Chairman of the Board at Brooks Institute of Photography.
An Apple alum, Frederick was also instrumental in the development of iPhoto, Aperture Apple’s award-winning photo management application. Today he lives in the San Francisco Bay Area and continues to make photographs, record the podcast, and binge on Netflix whenever possible.