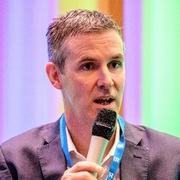 Director of Automotive Partnerships at Radioplayer

Laurence leads Radioplayer’s work with the automotive industry across Europe and internationally, building partnerships with the leading car manufacturers and multimedia technology suppliers around metadata, HMI design and smart radio development in connected and autonomous cars. Radioplayer has partnerships with VW Group and BMW Group and powers the radio experience in over 1 Million cars on the road today. He is a current Board member of both RadioDNS and WorldDAB and as Chairman of the WorldDAB Automotive Group he led the research and development of the WorldDAB in-car User Experience guidelines and the subsequent engagement with major car manufacturers.

He previously worked for Digital Radio UK where he led the partnerships with car manufacturers that saw DAB digital radio included as standard in all new cars. He has also worked for techUK representing the UK technology sector in areas such as environmental policy, healthcare and consumer technology, and was a Board member of Digital UK, the organisation that managed the UK’s digital TV switchover.