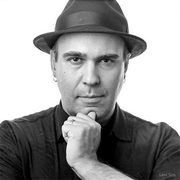 Problem Solver, P|PW Program Manager at ThinkTAP
A certified instructor for Adobe and Apple, Rich is a practiced expert in motion graphic design and digital video. Starting his career out in the world of broadcast journalism, Rich has always had great interest in visual communications. His producing skills were also recognized by AV Video Multimedia Producer Magazine who named him as one of the Top Producers of 2004.
Rich is a member of the National Association of Photoshop Professionals Instructor Dream Team, and a popular speaker on the digital video circuit. He has been the Program Manager for the Post|Production World Conference since 2003.
Rich is an internationally published author. His book, Photoshop for Video, was the first of its kind to focus on Photoshop’s application in the world of video. He is also a contributing author for From Still to Motion; Video Made on a Mac, Final Cut Pro On the Spot, and Professional Web Video. A Master’s Degree in Project Management fills out Rich’s broad spectrum of experience. Rich enjoys traveling and digital photography, as well as teaching his kids the joys of science fiction and comic books.