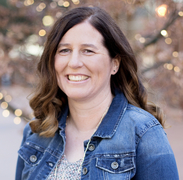 Lauralea Otis is Manager of Production Technology of Disney Studios, working mainly at Marvel Studios the past six years. With over 15 years working in film Lauralea has created and managed tools and workflows from shooting to post-production in the film process. Lauralea has experience rolling out applications and workflows at a large scale and during Covid worked to allow filmmakers to work effectively while being completely remote. Lauralea believes that communication is key and works with many teams at Disney to allow filmmakers to have the tools necessary to consistently deliver an ever-increased slate at an even faster pace.