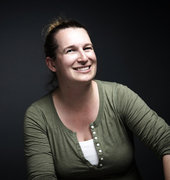 As one of Light Iron’s founders, Katie Fellion has been impacting the company’s evolution in workflow since 2009. She was instrumental in establishing Light Iron’s Outpost and Outpost RC mobile post systems, and she has produced a number of firsts in file-based finishing, including the first 6K DI (Gone Girl), the first studio feature cut on FCPX (Focus), and Amazon’s first HDR series (Transparent). Prior to launching Light Iron, Fellion worked at PlasterCity Digital Post, where she played an integral role in the company’s first stereoscopic digital intermediate. Fellion is a member of the Producers Guild of America, Women in Film, and Women in Media, and is a past mentor for the Hollywood Professional Association. She is a graduate of Whittier College with a self-designed bachelor’s degree in Aspects of Contemporary Popular Culture and a minor in Film Studies.