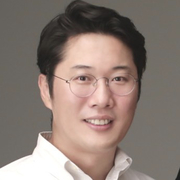 KunHee Park is well-known in the international OTT streaming space, and was instrumental in bringing Korean Entertainment to mainstream audiences across the Americas. Mr. Park was an inaugural member of wavve Americas, Inc. serving as the Chief Technical Officer in charge of distributing the Korean Entertainment streaming brand, KOCOWA to North and South America. Through his leadership and ingenuity in establishing KOCOWA as a premiere streaming site, he was later appointed CEO of wavve Americas while still holding the cross-functional role of Chief Product Officer. Mr. Park earned his degree in engineering at Inha University and has since worked for various engineering firms, including Kolon Global Corp., NDS Limited (now, Synamedia), and Cisco Systems.