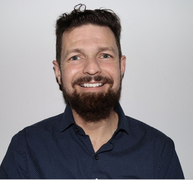 Drew has been working on high speed networking since the mid 90s. He co-designed and implemented zero-copy TCP optimizations for the FreeBSD kernel which allowed him to break the gigabit barrier before gigabit Ethernet was generally available. He spent a decade at Myricom, optimizing their network and HPC drivers.  After a brief hiatus at Google, he landed at Netflix, where he works on optimizing the FreeBSD kernel and network stack for content delivery. He worked on the optimizations to serve unencrypted Netflix traffic at 100Gb/s, and then on more optimizations to send encrypted traffic at ever increasing speeds, from 100Gb/s to 400Gb/s and beyond.