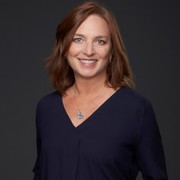 Marcy Lefkovitz is Vice President of Technology & Workflow Strategy at Walt Disney Media & Entertainment Distribution, where she is responsible for recommending and implementing the next generation of broadcast innovation. A 27 year veteran of ABC, she previously held positions as an Editor, Producer and Director of Operations the News division. Before coming to ABC she was an award-winning documentary producer. Lefkovitz graduated from Brown University and received her Master’s in Broadcast Journalism from NYU.