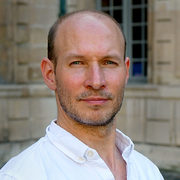 Director/ Author at The Creativity Conference
Maxim is a film director, futurist, author, and Director of The Creativity Conference. He is well-known as a media technology trainer, and is the author of multiple books and training series. As a filmmaker, he has directed over thirty short films, as well as the feature-length documentary ‘Trust Me: Working with Richard Foreman’, and the forthcoming supernatural-thriller feature film ‘It’s Haunted’. His films have won Best Director, Best Actor, and Best Supporting Actor awards. He has guest directed for the Royal Academy of Dramatic Art, the Director’s Guild of Great Britain, and the Pit-Bull Snyder Casting and Actors Studio in Hollywood.
Maxim has consulted as a Futurist for a number of organisations, and is developing several a series of new books exploring futurism for IEEE, the first of which is due for publication in April 2020. Chief Futurist for Curve Reality, Chief Innovation Officer for FilmDoo, consults for Adobe for the development of learning content and has spoken at many colleges and universities on the development of creative skills. A regular speaker at film festivals and conferences around the world, Maxim mentors newcomers to the film industry and drinks too much coffee.