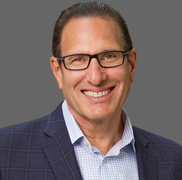 for many of the company’s new-technology initiatives, including AI, ML and analytics efforts. He has played a key role in

overseeing Hearst Television’s cloud transformation and leads all aspects of its security program. Lustgarten also has operational oversight of the company’s capital spending and fleet programs.

Prior to Hearst Television, Lustgarten served in several finance, accounting and technology positions within Hearst. He first joined the company in 1981, in the Hearst Magazines accounting and finance department.

Lustgarten serves on numerous industry boards and vendor committees, representing the interests of Hearst Television’s technology, security and advertising operations. A key company focus is on promoting open industry standards with the goal of streamlining the sales process.

Lustgarten received his undergraduate degree from the University of Hartford and holds a master’s degree in business from Fairleigh Dickinson University, in whose alumni program he is an active participant.